Strolling Along The South Bank

We spent a few days in London during July and walked along the South Bank between the Royal Festival Hall and Tower Bridge. It´s one of my favourite areas in central London. There are often street performers along the esplanade and on a sunny day the atmosphere is lovely. 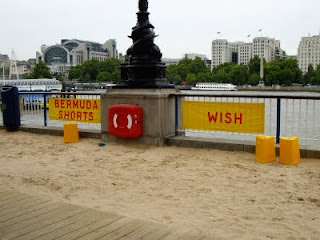 This year they had created a seaside beach display which included a stretch of sand and some traditional beach huts. I remember huts like those from my childhood holidays in Swanage. These ones had been painted in bright and interesting designs, though. There were different displays inside each hut, but they weren´t open when we were there as we arrived quite early. 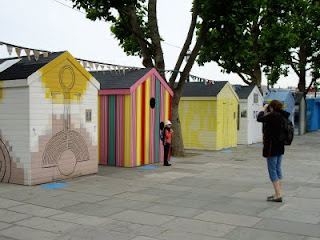 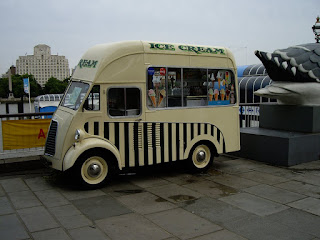 There was even an ice-cream van, but it, too, had not opened for the day.... 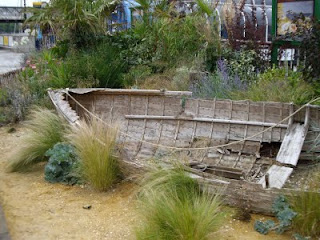 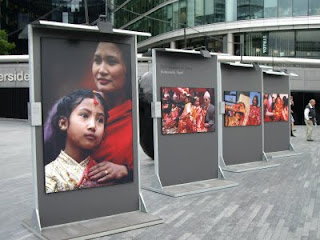 Further along the South Bank, getting close to Tower Bridge, there was a photograph display. There´s been a display in the same place for the last two or three summers at least and I imagine it must be a regular feature. The pictures are always very high quality and the themes are interesting. This one illustrated social customs of cultures from all over the world.

And, of course, we ate very well during our stay. This is a spectacularly good restaurant in Soho, Randall and Aubin. They specialise in seafood. The atmosphere was very informal and the staff were very friendly and helpful, and the food was seriously good. 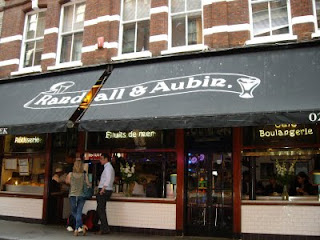 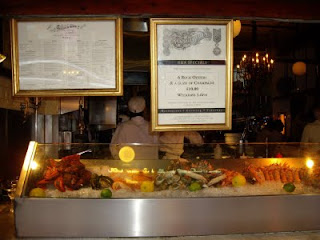 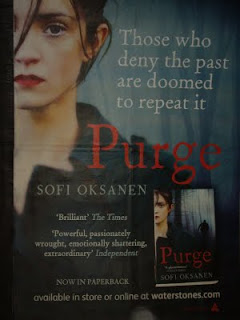 And look what we saw in an underground railway station: a poster advertising Sofi Oksanen´s novel, Purge. I guess it must be selling well.